Review: Broken (The Enemy Inside #2) 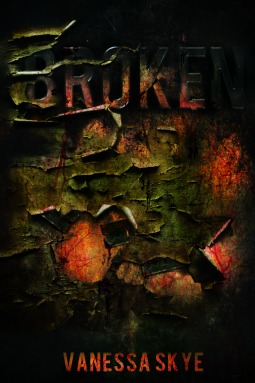 A young woman is raped and beaten in a home invasion.

Chicago Detective Alicia “Berg” Raymond doesn’t believe in random crime and is certain both cases are more than they seem—but can she trust her instincts, or is she too distracted by the feelings she has for former partner and new boss? For Berg, the need for justice burns deep and fills the emptiness where therapy and relationships fall short.

She’s certain the husband knows more than he’s willing to admit, but the trap to catch the killer is the loophole that sets him free.
The rapist is caught and sent to prison, but when Berg gets closer to the family devastated by his depravity, their behavior doesn’t add up.

As Berg fights to prevent another murder, she crosses the line between hero and villain—and there’s no turning back. 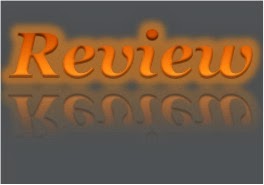 Vanessa Skye has done it again with another amazing novel.

Detective Alicia “Burg” Raymond is back with new suspects to chase, new criminals to catch and a surprise in her personal life that she never saw coming.

I’m always a little hesitant when it comes to sequels. The second is always lacking something for me, it just never measures up to the expectations I’ve set for it as a reader.  But this book? This book is amazing, just as great as Skye’s first novel.  I was not disappointed.

Burg is paired with a new partner in this one since Jay (her old partner and only love interest for those of you who don’t know) has moved on up on the career ladder. I wasn’t sure what I thought of the new guy  at first. I mean, sure it’s clear he’s a womanizing Casanova wanna be, but he also had softer moments with Burg that warmed my cold heart…only to quickly turn back into that jerk and freeze it over again. He was one of those characters that just couldn’t seem to get his shit together until he did in a big way.

Burg and Jay. There is a lot of run around with these two, mainly because Burg is so fucked up. Just when you think they’re finally getting somewhere she runs off and everything falls apart again. And then there’s this life changing moment for her. One, as a reader, you kind of see coming but that doesn’t take away from it or make it any less of a great twist. And then the real twist—the gut wrenching, sad twist—is thrown at you. It definitely made me see Burg in a new light. She’s presented as this woman who doesn’t give a damn about anything or anyone and in that one moment an entire life she saw for herself is destroyed and she’s left just as vulnerable and empty as any woman in her position would be.

But let’s not forget the mystery thriller part of the story. Like I said, Skye does just as great of a job in this one as she did her first with the murder mystery and “who dun it” factor. I love how she weaves her stories, how everything slowly comes together in a case while she still keeps focus on her character’s personal lives. I can’t really say much about “the bad guys” without giving away spoilers, but I have to say, I think my favourite part of the book was towards the end when Burg visits one of them. Talk about wonderful manipulation, people! You really see how dark and twisted this character (Burg) is and I love it!

Leeann
Twitter: @PassionForPages Whenever I read something I would always call my best friend and vent/rant/praise the book I just finished to her. She suggested I start this blog since I was basically reviewing the book to her anyway. I think she just grew tired of me ruining books on her TBR list :-)

Coming soon to Passion for Pages....

More of Passion For Pages's books »